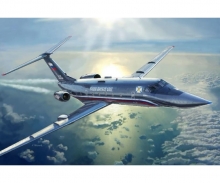 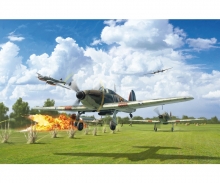 Article number: 510002802 Product: 1:48 HURRICANE Mk.I Size: 20,5 cm SUPER DECALS FOR 4 VERSIONS - COLOR INSTRUCTIONS SHEET The Hawker Hurricane has been the most widely used fighter by the British Royal Air Force at the beginning of World War II. The Hurricane was powered by a Rolls-Royce Merlin 12-cylinders, liquid-cooled, with more than 1,000 HP that could lead to a speed above 500 km/h. The eight 7.7 mm Browning machine guns, which equipped it , guaranteed a good firepower. Although it was slower and more antiquated, for aerodynamic design, then the famous "colleague" with whom it shared the operational engagement during the Battle of Britain, however, was more robust, cheaper and easier to maintain and repair. He has contributed significantly to the victory of the RAF during the Battle of Britain, but during the war, it has gradually given the role of front-line fighter to the more modern Spitfire. Detailed plastic kit 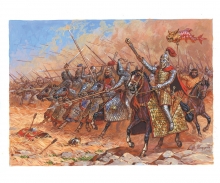 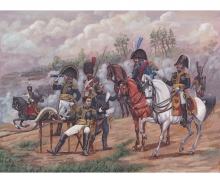 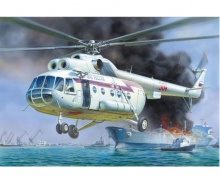 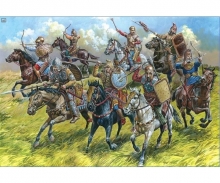 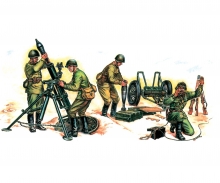 Article number: 53006247 Product: 1:100 T-28 Soviet heavy tank WWII No glue required Kit consists of 27 parts Size 7,3 cm 2 versions possible to build (Mod.1936 and 1939) New tooling The T-28 is a Soviet three-turret medium tank designed and launched into production prior to World War II. These tanks took an active part in a number of local conflicts immediately before the outbreak of the Great Patriotic War and in a number of early battles against the Germans. The T-28 was adopted by the Red Army in August 1933 and was manufactured by the Kirov factory in Leningrad until 1940. The distinctive feature of the T-28 were three rotating turrets, a large one with a 76mm gun and two smaller ones with machine guns. Despite its relatively heavy weight the T-28 was a capable all-terrain vehicle. The Finnish Army captured some T-28s during the Winter War and used them until 1951. Detailed plastic kit 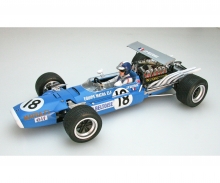 Article number: 510003951 Product: 1:24 Container Auflieger 40Ft Model Dim.: 50,5 cm SUPER DECALS SHEET - COLOR INSTRUCTIONS SHEET The freight container is a key element for the international logistics. The 20-feet freight container, and the larger version and roomy 40-feet container, are in fact the international standard reference for all Countries. The standardize container in terms of size, volumes and loading capacity makes possible to optimize the intermodal freight by ships, trains and trucks. The logistic has become more effective and faster. Even the warehouses and stocking areas management became easier and more flexible. Detailed plastic kit in scale 1:24 Article number: 510003638 Product: 1:24 Mercedes Benz 600S Model Dim.: 20,5 cm CHROMED PARTS - COLOR INSTRUCTIONS SHEET From the second half of the 1950s, the famous German automotive manufacturer developed ist most prestigious car line in terms of features, engines, fittings, and details, identifying it with the initial’s "S" (where S stands for Sonderklasse). The S-class cars produced over the years have always been a reference point for elegance and style in the World automotive production. The size was also important to point out the "flagship" role of the of these recognizable German automotive productions. The S-class price has always been high, not only for the choice of luxury materials but also to support the "premium" positioning on the market. Among the versions that have had great commercial success we can mention the "third generation", produced from 1991 to 1998 and the "fourth generation" produced from 1998 to 2005. Detailed plastic kit in scale 1:24 Article number: 510006583 Product: 1:35 M4A2 U.S. Panzer Marine Corps Model Dim.: 16,8 cm NEW GLUABLE T54E1 TRACKS - DECALS FOR 4 VERSIONS - COLOR INSTRUCTIONS SHEET The M4 Sherman medium tank was the primary tank used by the United States during World War II. It has been produced in a significant number of units and it formed the backbone of United Stated armored forces during at those time. It has been produced in several variants and versions. The first version to be produced on wide scale was the Sherman M4A1 characterized by the rounded edges of the fully casted upper hull. Even the turret had a rounded appearance. However, the most important strength of the tank was its project. The Sherman was reliable, cheap, and easy to produce in great numbers. The M4A2 version was like the previous one but it was Diesel-powered with General Motors Twin G-41 Engine. At the beginning the M4A2 was dedicated to support the war activities of allied nations as Soviet Union and Great Britain but a lot of tanks were used by the United States Marine Corps. Actively used in the battles for the reconquest of the archipelagos of Pacific Ocean, they played a fundamental role in the destruction of the powerful fortifications built by the Japanese Army. Detailed plastic kit in scale 1:35 Article number: 510001437 Product: 1:72 Fiat CR.42 Falco SUPER DECALS SHEET Starting from the C.R. 32 "Freccia" success proved by a great reliability and operational efficiency during the Spanish Civil War, the italian manufacturer Fiat developed, in the late ‘30s, the new C.R. 42 "Falco". The new biplane single-seat fighter had - as its predecessor - the fixed landing gear and the open cabin but was equipped with important innovations such as the alloy and steel frame covered by canvass and metal paneling. Thanks to Its supercharged air-cooled Fiat A.74 radial engine the Fiat C.R. 42 was able to reach 400 Km / h. It had an extraordinary maneuverability, much appreciated by the Italian pilots, but suffered the "biplane " configuration limits. It was able to successful engage the Gloster Gladiators, but it was soon outclassed by faster and heavily armed monoplanes as the Hawker Hurricane and the Supermarine Spitfire. Several Fiat C.R. 42, together with G.50 fighters and BR.20, CANT Z 1007 bombers has been used by the Italian Regia Aeronautica during the Battle of Britain within the "Corpo Aereo Italiano". Detailed plastic kit in scale 1:72 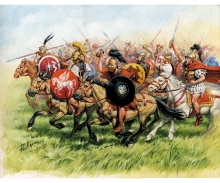 Article number: 530005065 Product: 1:72 T-90MS Russian main battle tank Kit consists of 198 parts Tracks in segments Decals for various Russian units New tooling The T-90 MS is a complete modernization of the successful T-90 series, armed with a 125 mm high accuracy gun 2A46M-5 and a remote 7,62 mm MG on the top of turret. It has a crew of 3. The RELIEF dynamic protection system works against low-and high velocity missiles. Named after a General of the Northern States army during the American civil war, the M4 Sherman was the largest mass-produced tank used by the U.S. Army in World War II. Reliable and manoeuvrable, the Shermans were also quite technologically advanced. The diesel version of the M4A2 was supplied to all lend-lease countries (Soviet Union, UK and France) from 1943 onwards and became the most important tank of foreign production used by the Red Army. The main armament was the 75mm US- gun M3 L/37,5. Soviet tankers called this tank "emcha" (Russian transliteration of M4). During World War II, the Red Army received more than 2000 tanks. The M4A2(75) was also in service with the US-Marine Corps in the Pacific campaign. Detailed plastic kit Article number: 510104642 Product: 1:9 Yamaha Tenerè 660 cc 1986 Model Dim.: 24,1 cm COLOR INSTRUCTION SHEET - RUBBER AND CHROMED PARTS - SCREWS, SPRINGS AND RUBBER TUBE Paris-Dakar Version The Yamaha XT was a reference point for the motorcycle production of the ‘80s. The Japanese motorbike, characterized by its off-road and "enduro" design, was produced in several versions featuring different chassis solutions and different engines. Among the range, one of the most famous versions was the XT 600 Teneré, equipped with the most powerful single cylinder engine available. From its reliable design, that achieved an impressive commercial success, a special version called "660" was built to compete in the off-road and endurance competitions as the Paris-Dakar and the Pharaohs Rally. It adopted a bigger engine with a displacement of 634 cc, improved "Ohlins" suspension, dedicated oil and air filters ideals for the extreme climatic conditions and a large fuel tank that characterized its "muscular" and "eye-catching" design. Detailed plastic kit in scale 1:9

All prices are final prices, which include statutory VAT.

Goods already in stock with the vendor will be shipped – unless otherwise stated in the offer – within two working days after receiving an order.

With goods not in stock, the delivery time can take up to two weeks from receipt of order.

You can determine whether or not the goods are available from the text of the offer. If there are no details given about the stock or delivery times, the delivery times for goods in stock will apply. Part-deliveries are permissible unless the customer has no discernible interest in them or they would be clearly unreasonable. Reasonableness applies if

In the event of an ordered item not being available, the vendor reserves the right to render a service equivalent in quality and price (goods or service) insofar as this is reasonable for the customer and the latter agrees to the replacement in writing. If this is not possible or should the customer not agree, the vendor may not render the promised service. In this instance, the statutory provisions shall apply.

Your order will be delivered by the shipping service of DHL.

Please note: A delivery to a PO box is not possible!

Delivery times outside of Europe:

The delivery outside Europe may take up to 4 weeks after receipt of order.